Sergio started sailing on Lake Garda in an Optimist at nine years of age and has competed in the Soling and Laser as well as the Star Class. Sergio was Star Class European champion in 1998 and has competed in nine world championships. His best result was in 2014, coming second on his home waters of Lake Garda, with Diego Negri. The Italian team have made the last four of the SSL Finals in the last two editions. 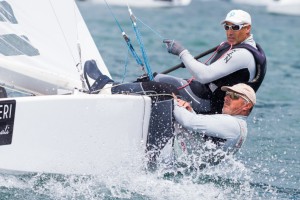 SL: Sport has always been an important part in my life. I started sailing very young but probably, if I had not chosen sailing, I would have chosen another sport, like skiing. As I live very close to mountains.

SL: As a non professional, I always do a little sacrifice for my sport; leaving my family and my work in order to go sailing.

SL: People not telling the truth or considering themselves beyond rules. I hate people who do not play fair.

SL: Good friends, with a good sense of humour, around a dinner table, enjoying conversation.

SL: The day I went with some friends on a cross country skiing excursion to the top of Similaun Mountain, on the border between Italy and Austria. Reaching the summit (3600m) was not easy; there was bad weather during the morning, but when we reached theÂ top the weather became better and we had an awesome descent on the other side of the mountain in fresh powder.

SL: A science fiction book I read many years ago: Time enough for love by R.A. Heinlein. Why? Read it!

SL: Not really, I just try to focus on my target, and in the days before racing, we check all the boat and equipment to avoid failures during sailing.

SSL: If you could invite a person from history for dinner, who would you choose?

SSL: How many Gold Medals or World Championships is ‘enough’.

SL: Enough for me would be one (I have never won!) but Iâ€™m quite sure the right answer is â€œone moreâ€! 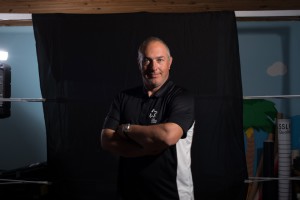 SL: Iâ€™d say heâ€™s a really busy person, so he could be late on Christmas night. So I could gain some extra time to get a real good present! 🙂

SL: I would be Mr. Fantastic, with his ability to stretch, very useful while sailing, but most of all, very useful to pass the weigh control!