Arnis Baltins will be crew for Augie Diaz, at the SSL Finals in Nassau. This will be the third occasion that the team from the USA have made the finals. Augie Diaz & Arnis Baltins were 2013 Western Hemisphere Champions. Away from the Star Class, Arnis competes in big boat offshore events including the Transpac. Arnis graduated from St.Mary’s College of Maryland and has over 20 years of software development experience and speaks Latvian and German.

AB: I donâ€™t consider myself as a sportsperson per se. My life is multi-faceted, sailing is but one of those facets.

AB: In 2000, I made the choice to advance my professional career vs. my sailing â€“ I went five years without so much as looking at a sailboat and took another 5 years to get back to the level I was operating before my hiatus. While I am quite sure I missed out on some amazing sailing experiences in that time (e.g. Olympic and Americaâ€™s Cup campaigns), I am now able to enjoy those types of sailing experiences on my own terms â€“ for fun!

AB: Anger is a wasted emotion which gives another power over you. Remind yourself of this and let your anger go.

AB: A person with a positive attitude, sense of humour, and who does not take themselves too seriously.

AB: The comradery between opposing teams after rugby matches. One of the few sports where shaking hands and saying â€œgood gameâ€ is a genuine exchange. Competitors on the field: comrades off.

AB: The Velveteen Rabbit: what makes one Real.

â€œIt doesn’t happen all at once,’ said the Skin Horse. ‘You become. It takes a long time. That’s why it doesn’t happen often to people who break easily, or have sharp edges, or who have to be carefully kept. Generally, by the time you are Real, most of your hair has been loved off, and your eyes drop out and you get loose in the joints and very shabby. But these things don’t matter at all, because once you are Real you can’t be ugly, except to people who don’t understand.â€ Margery Williams

AB: Can you have too many?

AB: Does he leave you presents under the tree? Then he is as real as he needs to be. 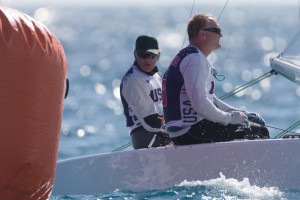