Robert won the first of his two Silver Stars in 2005 and became Star European Champion in 2008. In 2011 with his partner Frithjof Kleen, the German pair came second in the Star World Championship and represented Germany at the 2012 Olympic Games placing 6th. In 2014, Robert Stanjek & Frithjof Kleen became Star World Champions on Lake Garda. Fir the past ten years, Robert has dedicated his sailing career to the Star Class but has also raced offshore in big boat classes including trials for Volvo Ocean 65 Team Brunel and also taken Line Honours with the record breaking Maxi, Esimit Europa 2. 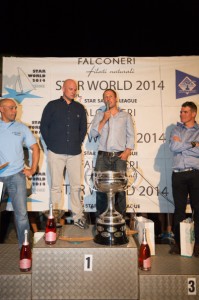 RS: I would have loved to be a doctor.

RS: When you prepare yourself for a big competition you have to live a very ascetic life, which always has the feeling that you become like social illiterate. I hate this!

RS: I always wonder about the orientation of birds, how they come and go thousands of kilometres every year, and of course I would love to fly.

RS: When someone is unfair I always feel like I have to interfere. I really do not like wrongful people.

RS: I like people that have an honest interest in things; enthusiasm, passion.

RS: I like hiking in the mountains or cross country skiing – meditation in nature.

SSL: Is there any specific technique you use when competing to help motivate yourself?

RS: Occasionally, I compete in small competitions like running or cross country skiing and I look for other sport challenges like hiking, canoeing and biking… These kind of smaller goal settings keeps me motivated to train every day.

SSL How many Gold Medals and World Championships is ‘enough’?

RS: I haven’t won many! If I competed in other sailing classes I think it would be much easier. 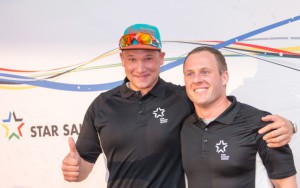 For me it is more challenging to race against the best sailors in the world and take a sporting loss than collect an other title.

RS: I am still telling Frithjof the story of Santa Claus, all the time!

RS: To jump through space and time.