Mateusz has competed at five Olympic Games winning Gold and Bronze Medals in the Finn and was 4th in the Star in 2008, with his long time friend and Star crew, Dominik Zycki. Mateusz has won the Finn Gold Cup twice and placed second on three occasions. In 2008, Mateusz Kusznierewicz & Dominik Zycki won the Star World Championship and in 2012, the Star European Championship. The Polish team have competed at the last two editions of the Star Sailors League Finals in Nassau, placing second and third, and will be aiming for their first win this December. 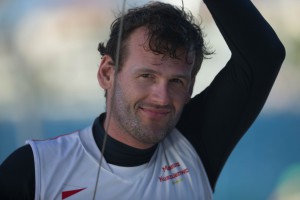 MK: Good question. I love sports so I hope I would find my talent in golf, skiing or javelin throw. I could be also writer or media corespondent; I have a good feel for that role and I like it too.

MK: Student friendships, which I have not managed to maintain.

MK: The eel, How it finds it’s way to and from the Sargasso Sea from all over the world, amazes me.

MK: Stupid and annoying people make me angry. My wife and children make me happy.

MK: An Eagle on the 2nd hole at First Warsaw Golf and Country Club. It was flawless and an easy swing. I felt it from the beginning â€œit’s gonna be greatâ€. No audience, no spectators, only one witness but an important moment for me.

SSL: What song or book inspires you?

SSL: Is there a technique you use when competing to help motivate yourself?

MK: Yes, if I don’t find enough motivation to go to the gym, I imagine to myself that my biggest rivals are doing that right now. It works great for me. 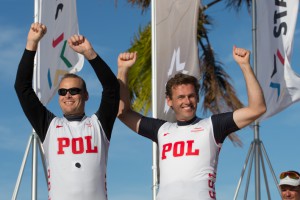 SSL: If you could invite anyone for dinner, who would you choose?

MK: It’s never enough. Every time it is a new challenge.

SSL: If you could have a super hero power what would it be?

MK: To be invisible.

Â 1-6 December 2015 – The third edition of the SSL Finals will take place in Nassau, Bahamas