Xavier has competed at four Olympic Games in the Finn and Star Class winning Bronze in the Finn and also in the Star, in 2004. Xavier won his first Star World Championship in 2003 and has won five Star Class World Championship medals, two Gold, one Silver and two Bronze. Xavier is the reigning European Star Class Champion, winning the event for the first time in Gaeta, Italy in 2015. Xavier Rohart will be competing with Pierre-Alexis Ponsot at the SSL Finals in Nassau, it will be the third time the French pair have competed. 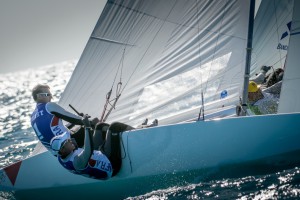 XR: I would have been a offshore captain for big ships !

XR: Not nearly enough time with my family.

XR: Cats! I like the killing eyes and the softness when you are part of their world, I like how they are sharp to hunt and also so able to sleep!

Humâ€¦a person that uses their hierarchy to solve problemsâ€¦ instead of coming to me and to talk about it.

SSL:What was is your favourite memory from another sport?

XR: The movement of a 100 metre hurdler is so fluid, like a fast running river! The power to be on the front row of a rugby team!

SSL: Is there any technique you use when competing to help motivate yourself?

XR: I use all mental techniques around imagery, including sound, image and feeling to push forward and forget pain.

SSL: How many Golds/World Championships is ‘enough’.

Start with foie gras with a sweet Bordeau white wine of my friend. 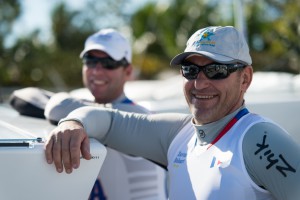 Finish with my mother’s plum pudding.

vents use a qualifying competition followed by a knock-out system. Teams take part in the qualifying rounds, which is a series of races over three days. The top 11 teams progress to the knock-out stage, which has four stages. In one-off races teams are eliminated, until just four teams remain to contest the final. The winner takes home a big slice of the $200,000 Prize Purse.