At the SSL Finals 2017 in Nassau, Bahamas, France will be well represented by some of the Country’s most successful sailors. Xavier Rohart, SSL President, Bronze medalist in Athens in the Star class, winner of the first SSL City Grand Slam and runner up of the SSL Finals 2016 behind Mark Mendelblatt, will come and race once again in Montagu Bay, but he won’t be the only sporting the French Tricolour on his boat.

Normally happy when in the open seas, these two French skippers raced one against the other for many years, sometimes without even seeing each-other’s boat during competition; and both have just finished their America’s Cup experience in Bermuda. Franck Cammas and Loïck Peyron will be sailing together around the marks for the first time ever at the SSL Finals 2017on Star boats. They are two of the best French sailors of all time, have done mainly Offshore racing, and have beaten one another’s record different times in the past. 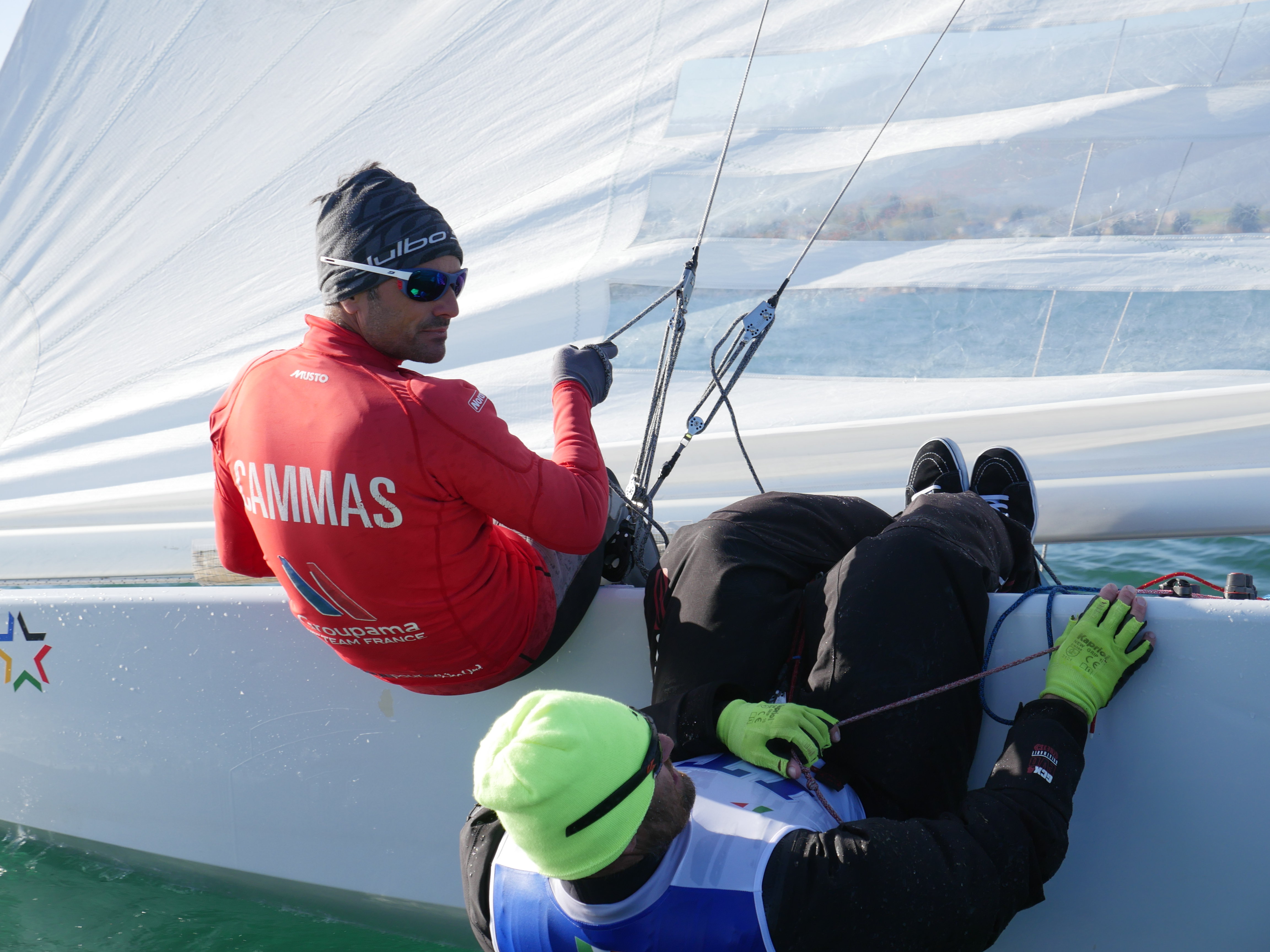 Franck Cammas was born in the south of France 40 something years ago, but lived in Brittany for a long time. He’s not only a great sailor, but has aMathematics degree and attended the Piano conservatory. Since he discovered his passion for sailing offshore he’s won many regattas: Transat Jacques Vabre for three times, Volvo Ocean Racing in 2011/12 edition,Route du Rhum, Quebec-St.Malo, 5 ORMA (Ocean Racing Multihull Association) World Title, Solitaire de Figaro; and broke an unbelievablenumber of records: Transat Jacques Vabre, 24 hours distance record and Jules Vernes trophy are some of them. Between the marks he can also be very competitive, in his palmares Two World Championships in the C-Class, the ‘little America’s Cup, and helming the 50 feet fouling catmaran at the real America’s Cup with Groupama Team France in Bermuda.

The Jules Vernes Trophy is a prize for the fastest circumnavigating of the world by any type of yacht without physical assistance from anyone else. The Jules Verne Trophy is awarded to the challenger who breaks the previous Jules Verne record of the round the world voyage under sail. The winner holds the trophy until such time as his/her record has been bettered. Frank Cammas won it in 2010 on Groupama 3, after two previous failed attempts and held it for a couple of years, when Loïck Peyron came in and won it in 2012 with a three days advantage on Banque Populaire V. The competition between the two started way back, though, when in 1999 Peyron won the TJV and a young Cammas at 27 years old and at his first attempt finished right after him. 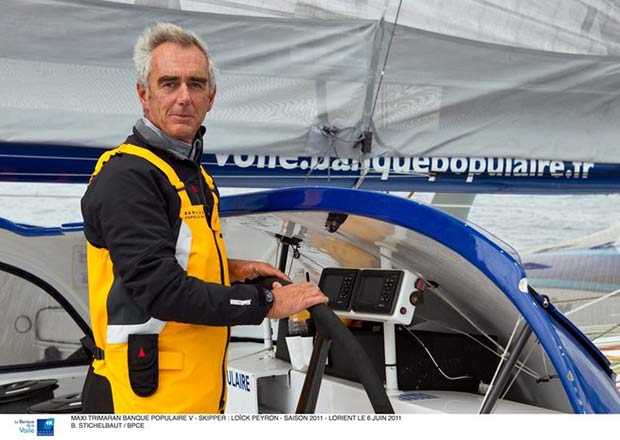 Loïck Peyron’s career started in the late nineties with some Ocean crossings, but the first real victories started arriving towards 2000 with the first win at TJV on Fujicolor II, then again in 2005 onboard Vibrac-Paprec. Between these years and the 2011 the ‘Gitana era’ took place, this year he won the Barcelona World Race on Vibrac-Paprec and then moved to the Banque Populaire V record breaking mission: Fastnet Race, Round the British Isles, Jules Vernes and Route du Rhum in 2014. Just before going to Bermuda with Artemis Racing.

Representing France on the SSL Finals’s start line alongside Peyron, Cammas and Rohart, young Finn sailors Jonathan Lobert. Jonathan wonbronze medal in London 2012, and was twice runner up to Finn Gold Cup in 2015 and last September and was crowned European Champion in Marseille in May, for a great 2017 for the French sailor. Lobert attended thefirst SSL Finals in 2013 and then again in Grandson, Switzerland the SSL Lake Grand Slam in September 2015. 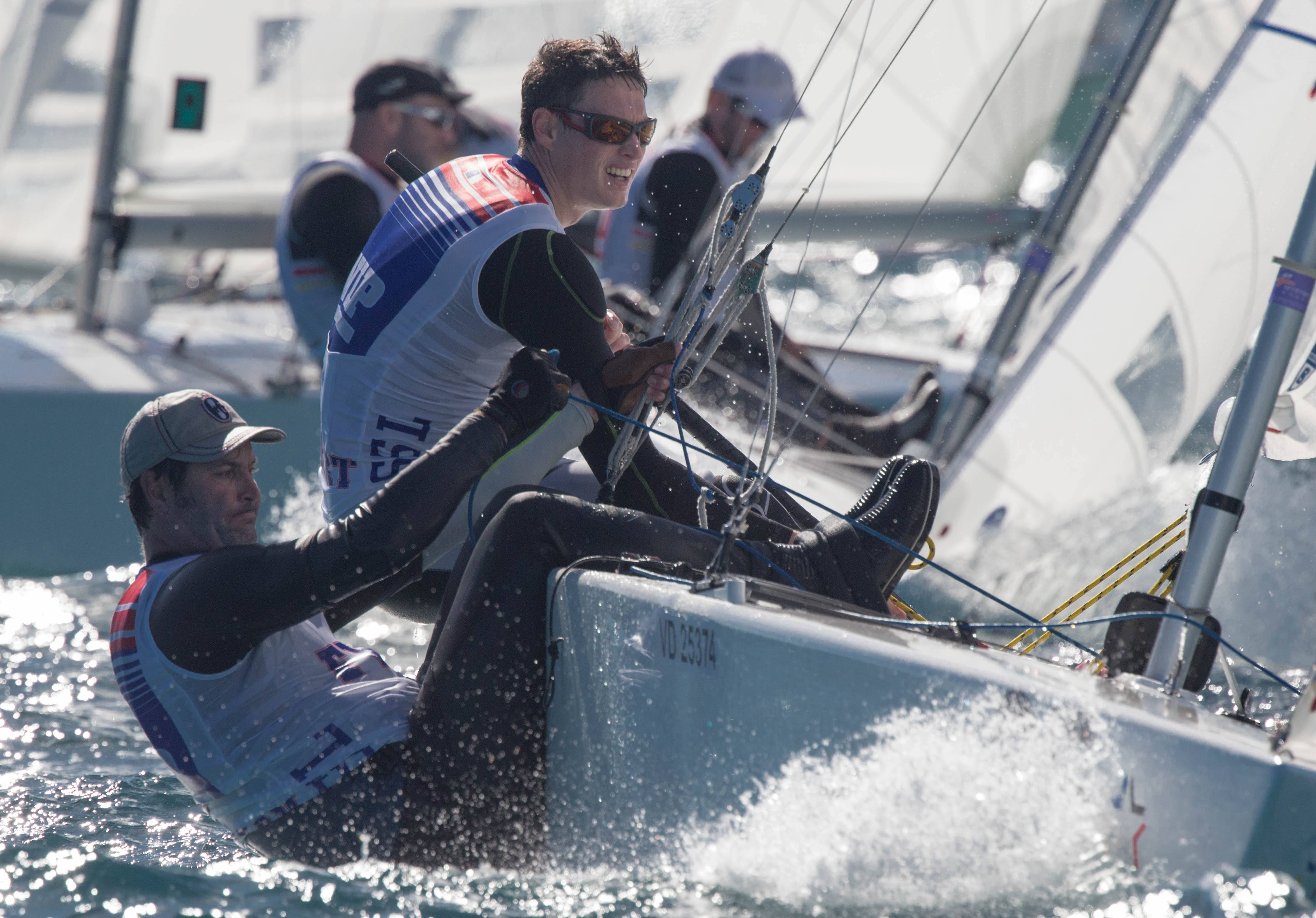