The Star Sailors Media Team is made up of leading broadcasters and technicians from the world of sailing. Just about every member of the media team has worked at the America’s Cup, Volvo Ocean Race and the Olympics. The team delivers media of the thrilling action using the latest in production techniques and equipment. State of the art camera and audio equipment are complimented by Grammy Award winning graphics from Virtual Eye, delivering a world class experience for over 100,000 race fans, live and free on the internet.

The Star Sailors League was created by sailors for sailors, the focus is firmly on the athletes. This ethos continues through the media team, which always contains a number of top class sailors. These sailors add a certain sparkle to the commentary, and they all have little secrets. 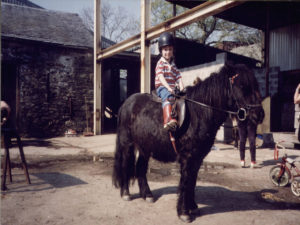 Luke Patience was born in Aberdeen, Scotland and competed with Stuart Bithell at the 2012 Summer Olympics, winning silver for Great Britain. Luke has medalled at two 470 World Championships and two European. Patience, racing with Elliott Willis, was one of the favourites in the 470 Class for Rio 2016. However, just eight months before the Games, Elliot was diagnosed with bowel cancer. Luke competed with Chris Grube, coming fifth.

As a VIP, Luke competed at the 2012 Star Sailors League Final, and joined the commentary team on the last day. His wicked sense of humour and tactical nouse, made him a big hit with the media team and race fans. For the 2016 edition, Luke will be once again behind the microphone. When it comes to sport Luke has tried just about everything under the sun.

“I grew up in the Wild West of Scotland so everything from sea to mountains, spending most my life on boards and boats. I’ve got a soft spot for riding horses too… I don’t actually follow many sports, more just follow the big final of whatever sport may be flavour of the week. I have always admired Roger Federer on the court, his calm demeanour in the most pivotal of moments mesmerised me.”

Luke’s little secret: “I know it sounds unusual but I can’t wait to be old and grey and smoke a pipe, whilst drinking whisky and telling my grandkids all the adventures I went on.”

Genny Tulloch from San Francisco, USA, graduated from Harvard and has an impressive record in Match Racing, including winning the U.S. Women’s Match Racing Championship on four occasions. Genny has also been part of winning teams offshore, including the famous Morning Light project for the Transpac and taking class in the 2008 Rolex Sydney Hobart. In recent years, Genny has been a familiar face on TV, as the anchor girl for the America’s Cup and Volvo Ocean Race.

When it comes to a variety of race boats, Genny can claim quite a list: 49erFX, Eliot 6M Match Racing, Melges 24, Melges 32, TP52, Spencer 65, Opti, Laser Radal, 420, 470, 29er, 29erXX, SB20. Genny’s biggest moment in her sailing career was winning Quantum Female College Sailor of the Year as a Sophomore at Harvard. A public figure Genny admires is Nelson Mandela. “His honesty, integrity, humility, courage and spirit are huge inspirations.”

Genny’s little secret: ‘I flipped a coin in the post office to decide which University to send my acceptance to.”

Tyler Bjorn is from Montreal Canada and has over ten years experience at world class Star events. Tyler notched up two  Bronze medals at the Star European Championships and won the Star Western Hemisphere Championship in Nassau in 2010. Richard Clarke and Tyler Bjorn represented Canada at the 2012 London Olympic Games with Tyler keeping up the family tradition: His father Peter competed at the 1972 Olympics, and his older brother Kai competed at the 2000 Olympics. Tyler is a powerhouse on the race course at 6’2” (1.89m) and 240lbs (105kg). However, away from sailing Tyler devotes his time to his family and coaching youth sailors at his local sailing club Pointe-Claire Yacht Club. Tyler is a regular studio expert at SSL events.

Tyler’s little secret: “My Grandfather, Colonel Kai Bjorn of the Canadian Armed Forces, was also an Officer of the British Empire (OBE). I used to play ‘hide the medal’ with his decorations as a kid!” Tyler only found out this fact from his son, who unearthed the colonel in a photo, standing with the Queen, General Macarthur and Winston Churchill!

Kathleen Tocke was born in Buffalo, USA and at the age of ten, started sailing at Buffalo Canoe Club, a yacht club on the Canadian shore of Lake Erie. In 2004, she made the US Sailing team in the women’s Olympic Europe Dinghy class. Since then, Kathleen has competed in many sailboat classes including the Laser Standard, Laser Radial, 29erXX, 49er FX, 470, Lightning, RSX (Olympic windsurfer), and Snipe classes. Kathleen is a two-time Pan American Games medalist, six-time Snipe Class National Champion, two-time North American Champion, and been on the podium at numerous other international events, as both a skipper and crew.

Kathleen graduated from Hobart & William Smith Colleges and can speak six languages including; English, French, German, Italian, Spanish, and Chinese, as well as reading and writing Russian. Kathleen is a trained lyric soprano and self-confessed sports-aholic. At University she competed at soccer, swimming, rowing, sailing, ski-ing and ice hockey.

50 of the world’s top sailors, representing 17 different countries, will battle it out over five days of racing including a thrilling last day knock-out format. The winner will take away the lion-share of the $200,000 Prize Pot.  Full coverage of all five days of action will be streamed live on the Internet with expert commentary from special studio guests, including America’s Cup four time winner Dennis Conner and Olympic silver medalist in London 2012 Luke Patience. On the water, the latest in hi-tech camera technology, as well as Virtual Eye 3D Graphics, will provide thrilling viewing. Armchair sailors can also race the course with Virtual Regatta.