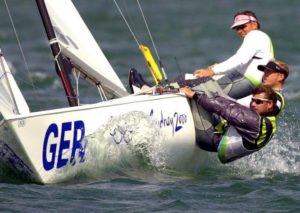 Jochen Schümann has competed at four Olympic Games, winning three Gold medals and one Silver medal in the Finn and Soling Class. Jochen has won the America’s Cup on two occasions with Swiss team Alinghi and is considered to be Germany’s most successful sailor of all time. Jochen has won the ISAF World Sailor of the Year Award and in recent year’s has skippered Maxi, Esimit Europa 2 to numerous line honours wins and world records in offshore racing.

In December 2016, Jochen Schümann will be back in the SSL Finals in Nassau, Bahamas, as a VIP, for the second year in a row, sailing with fellow German crew, Ingo Borokowski. The SSL is a new concept in yacht racing, where sailors from the Star Class compete with VIP sailors from other disciplines, such as the Finn and the Laser.
25 teams will be competing at the 2016 SSL Finals, the top 12 Star Sailors of 2016 and 13 wild cards drawn from every aspect 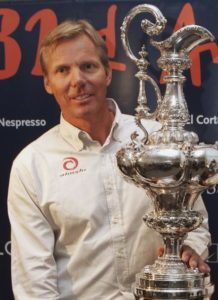 of the sport. After four days of racing for all, the competition goes into the knockout stages. Single races decide who survives and who is heading for the dock. The last four teams will contest a thrilling final race, the first to finish will be the winner of the 2016 SSL Finals and take home a lion’s share of the $200,000 Prize Purse.