With his brother, Torben Grael, Lars won his first World Championship in the Snipe in 1983. Lars is also ten time Brazilian and five time South American champion for the Tornado class. Lars has competed at four Olympic Games in the Tornado, winning two Bronze Medals. In 1998, he suffered a serious accident, which amputated his leg. Lars then gradually began to take a role to promote sailing but returned to competitive sailing in the Star Class. In 2005, just seven years after his accident, he became South American Champion and went on to win three more Silver Stars. In 2013, Lars Schmidt Grael was elected President of the International Star Class Yacht Racing Association. 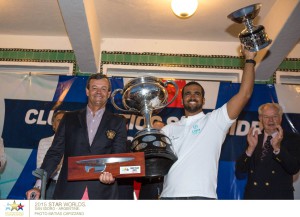 In November 2015, Lars Schmidt Grael & Samuel GonÃ§alves won the Star World Championship in Argentina. The Brazilian team will be racing together in Nassau this December at the SSL Finals.

LG: I`d probably would be in the military as my father (he was a parachuter from the Brazilian Army). Maybe a geologist. I would involve myself more with Brazilian politics.

LG: Interrupting my studies at University while on my first Olympic Campaign for Los Angeles 1984, at the Tornado Class.

LG: I like dogs, but I`m fascinated with Dolphins!!!!

LG: The ones that only live for themselves and don`t care about friends or those that may need your helpful hand.

LG: People that brings me happiness. Sometimes, a simple smile turns your life!!!!

LG: Many!!! The Swiss marathon athlete, (Gabriela Andersen-Schiess) running inside the Los Angeles stadium in 1984!!! Ayrton Senna and Nelson Piquet in a memorable fight at an F1 Grand Prix. The Canadian master horse rider (Ian Millar) winning his Silver Medal at the Teams Equestrian competition in Beijing 2008, he tried for a medal since Munich 1972 !!!

LG: Also many. So many lyrics from Bob Dylan of from the Beatles. A song? â€œWe used to knowâ€ from Jethro Tull.

SSL: Is there any technique you use when competing to help motivate yourself to work harder?

LG: A good song on your mind. Think about good things that brings you good spirit, motivation and sensibility!!!

LG: As many that makes you keep dreaming and inspires other people. 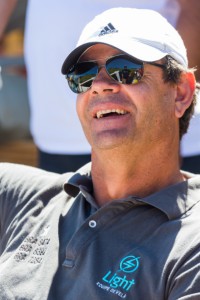 LG: I say yes, and keep that child with a beautiful dream.

LG: To end poverty in the World!!!