Samuel has been competing as crew for Lars Grael in recent years and recently the young Brazilian has enjoyed tremendous success with Lars, winning the Bacardi Cup and, just a month before the SSL Finals, Lars Grael & Samuel GonÃ§alves won the Star World Championship in Buenos Aires, Argentina. 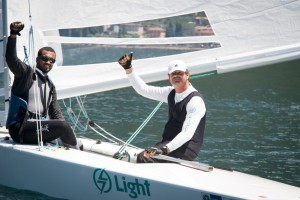 s a product of Instituto Rumo NÃ¡utico, known in Brazil as ‘The Grael Project’, the dream of a group of sailors led by Brazilian Olympic medallists and World Champions, Torben and Lars Grael, to teach children from Brazil how to sail. Over 4000 kids have come through the project and now they have a world champion: Samuel Freitas Moraes GonÃ§alves. Lars Grael & Samuel GonÃ§alves will be comepting in the SSL Finals in Nassau, this December.

SSL: If you weren’t a sportsperson, what would you be ?

SG: Pastor, because I love God and want to pass this love on by helping people.

SG: The eagle, because he can fly higher than all the other animals and has a vision of 360 degrees.

SG: People who do evil to others.

SG: The Bible, because it shows the truth of who we are.

SG: I try to think that I’m doing it for God, then, I always try to do my best, not only in sports, but in my life.

SG: My family and friends.

SSL: How many Golds/World Championships is ‘enough’?

SG: None. I do not sail for results, I sail because I love sailing. The results are the consequence. 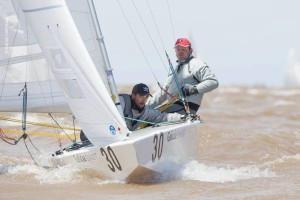 SG: I tell the truth.

SG: Able to love all people, just as Jesus Christ loves the church.