The races will take place out of Montague Bay, a few miles away from Nassau in the Bahamas. 4 different race courses can be used. 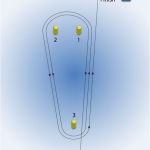 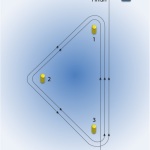 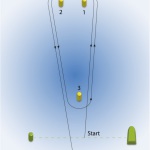 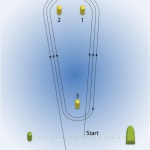 The start procedure in sailing is a bit tricky. During the SSL Finals, the classical procedure in 5 minutes will be used.

If a team is in the triangle area delimited by the starting line and the upwind mark during the last minute of the sequence, it will be recalled by the Race Committee and will have to re-start by going out of the area and go through the starting line again.

During the sequence, the Race Committee can abandon the race at any time if there’s is a wind change or for any other reason that would make the race unfair.

The main idea behind the SSL Race Format was to have the winner being the first team to cross the finish line of the last race.

Clearly for that to be possible, any possible situations relating to the race rule have to be resolved at sea as quickly as possible. This remains one of the fundamental aspects of managing tactical decisions in the vicinity of the marks. In that regard, direct refereeing acts as a deterrent to fouls and risky manoeuvring. Similarly, any boat committing an infraction will have the chance to immediately take their penalties and get back to fighting for a position at once, as the referee will have seen the foul and made the call. There will be no doubts about the manoeuvre or any of the interpretations so often made at protesting hearings. – Diego Negri