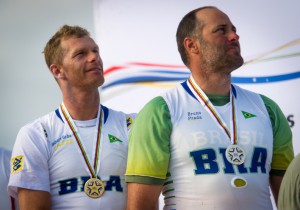 Bruno is one of Brazil’s most decorated sailors, winning more than 100 titles in three decades of sailing: Olympic Silver in Beijing (2008) and Bronze London (2012). Bruno alongside Robert Scheidt has won three Star World Championships and Bruno came desperately close to a fourth with Augie Diaz last year, leading the 87 boat fleet going into the last race, but ending up fourth overall. Bruno also won the Star European Championship in 2009. Bruno will be competing in his third SSL Finals this December with New Zealand skipper, Hamish Pepper.

BP: Business man, I have been already sharing my time between sailing and business.

BP: Staying away from my wife and kids.

BP: People that have the mode of Augie Diaz.

BP: Track and field, 800m in the 1984 Olympics, the Brazilian Joaquim Cruz won the gold. It was the first Olympics that I have followed and he’s been my idol ever since.

SSL: If you could invite someone for dinner, who would you choose? 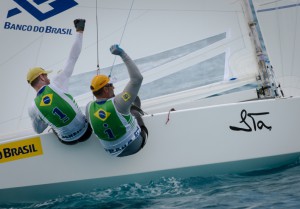 SSL: If you could have a super hero special power what would it be?Â