Making his debut at last in the Star Sailors League Finals in Nassau, is one of the most famous names from the final era of the Olympic keelboat. Following his Finn gold in Sydney in 2000, Britain’s Iain Percy was Olympic champion in the Star at Beijing 2008 and came close to defending his title at London 2012, beaten into silver in the final metres of the final race by Sweden’s Freddy Lööf and Max Salminen. Percy has since gone on to greater things, leading the two Artemis Racing America’s Cup challenges on behalf of Torbjörn Törnqvist. 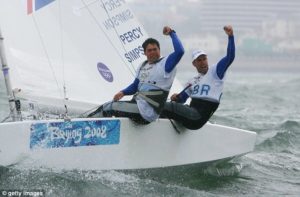 However the saddest moment, a tragedy that has deeply affected him and his life since, was when Percy’s best friend and Star boat crew, Andrew ‘Bart’ Simpson, drowned during America’s Cup training in San Francisco in May 2013. Another life-long Olympic contender, Simpson was much loved and respected throughout the sailing world. His name lives on in the sport that was his passion via the Andrew Simpson Foundation. This aims to provide young people to experience the life-changing challenges of sailing. It is also the official charity of the Star Sailors League.

​Percy may have been tied up with the Cup, but not being able to have Bart hiking hard in front of him while offering his unique critique of Percy’s helming, is one of the reasons why Percy only stepped back into the Star boat fleetingly earlier this year. In March he competed at the Bacardi Cup in Miami with a mutual friend of theirs, Anders Ekström, himself a Star bronze medallist in Beijing and World Champion in 2005, both as crew for Freddy Lööf. There, they finished seventh, despite a ‘DNC’ in the first race and winning the final race in the 76 strong fleet. 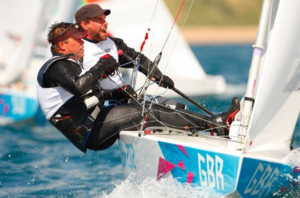 “The whole Star thing for me is a big deal,” admits Percy. “I could only really sail with someone who was a good friend of mine and Bart’s too – like Anders. We enjoyed the Bacardi Cup, although we were totally hopeless at sailing the Star after six and 10 years respectively out of the boat. But we enjoyed ourselves and that was really the idea. Unfortunately we are not going to have any more time for training for the Star Sailors League Finals, so I expect we’ll be no faster than we were in Miami, but we’ll enjoy it just as much. I am really excited to be going.”

​While Ekström was runner-up with his old skipper in 2014, this will be Percy’s first Star Sailors League Finals, the annual event that seeks to determine the best sailor in the world; the star of sailing’s top stars. “I think it is fantastic, a lovely event, another colourful story in sailing,” says Percy. “We have the America’s Cup that is brutal and aggressive, the Volvo Ocean Race, the Olympic classes and this is an unconfrontational, very inclusive, but highly competitive event and I think that should be celebrated. Goodie [fellow British Olympic gold medallist Paul Goodison] winning last year caused a storm with the junior sailors in the UK. So it has no bad side and I am grateful to the organisers for supporting our sport like that.”

Competing against many of his old friends and rivals from the Star class and elsewhere, in an event in the balmy Bahamas, while it is mid-winter in London, where Percy now lives with his young family, are certainly added attractions. “Come December I will be very grateful for a week in the Bahamas, since this will be only my second winter in 20 years in the UK. They picked a good spot for the Finals!” It won’t be Percy’s first time to Nassau, although the one and only occasion before was for the Farr 40 Worlds back in 2002.

As a legacy of his Olympic career, Percy still owns a small fleet of Star boats he keeps in Miami. For December’s Star Sailors League Finals he will be sailing the same boat he and Bart raced at London 2012.

“Subsequent to the Bacardi Cup, I found a Dropbox file that contained mine and Barts’ Star tuning guide – so watch out opposition!” Percy quips, bullishly. “I’d love to think that was the problem, but I’m sure it was more a case of our rustiness in Miami. However I am holding that on to that being a big step on for us! It was really nice to find. We’d run a rolling tuning guide for many years on line and it was getting changed indefinitely. It was a clever system, full of our comments.”

So if Percy and Ekström prove to be lightning fast come the week of the Star Sailors League Finals then it may be down to this or perhaps getting some special outside assistance from the next life. “Bart’ll be up there wondering why we’re going so slow and why we are trimming it wrong – like he always used to tell me!”

The Opening Ceremony for the Star Sailors League Finals will take place on Monday December 3rd in the late afternoon.The Medal Ceremony will be held right after sailing on Saturday December 8th, on a big podium on Montagu Beach and will be followed that evening with the Gala Dinner with the Prize Giving Ceremony at Nassau Yacht Club.

The action will be streamed LIVE on the Internet with expert commentary from special studio guests. On the water, the latest in hi-tech camera technology, as well as Virtual Eye 3D Graphics, will provide thrilling viewing.