In just two months time, the 4th edition of the SSL Finals 2016 will open in Nassau, Bahamas. As always the top 12 skippers in the SSL Ranking for the year are invited to challenge and join 13 VIPs sailors selected for the successes achieved in their sailing career. Most of the VIPs are World or Olympic Champions , and for the SSL Finals in 2016, with the Olympic Games just closed in Rio de Janeiro, the SSL Finals will have some freshly medalled sailors.

The Star Sailors League can confirm that the top 5 skippers in the SSL Ranking have agreed to attend the SSL Finals 2016. 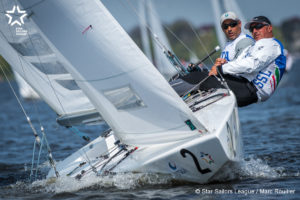 Diego Negri (ITA) is back at the top of the ranking (after George Szabo dominated it for almost a year). Negri will be racing in Nassau with long time crew Sergio Lambertenghi (ITA), ranked No.2 in the SSL Crew Rankings. Diego is one of Italy’s top Olympic sailors, having represented Italy at three Olympic Games. The Italian team’s record in the Star is impressive, winning the European Championship on two occasions and runner up at the Star World Championship, three times. Negri and Lambertenghi have appeared at the last three SSL Finals, but have yet to win, will 2016 be their year?

Xavier Rohart (FRA) is still grinning for winning the first SSL City Grand Slam in Hamburg, a well deserved victory in such tricky conditions. Xavier is SSL President, not only for his great career, bronze in Athens in 2004, a European title in 2015 and two World titles in 2003 and 2005, but also for the values he shares with the Star Sailors League: Born from sailors for sailors. He will be sailing in the SSL Finals with Pierre-Alexis Ponsot (FRA), his winning crew in Hamburg.

San Diego’s George Szabo (USA) has won more SSL titles than any other skipper. George won the first 2015 SSL Lake Grand Slam in Grandson, Switzerland, and the 2015 SSL Finals. In the Star class he has won many North American Championships and sports a gold star on his main for winning the Worlds in Sweden in 2009. He has had two favourite crews since the first SSL Finals in 2013. Patrick “LeDuc” Ducommun (SUI), whom he won the SSL Lake GS with, and Edoardo Natucci (ITA), with whom he will be trying to repeat last year success in Nassau. 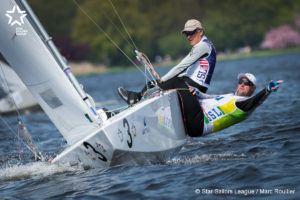 The reigning Star World Champion, Miami’s Augie Diaz (USA) will be competing in Nassau but is yet to announce his crew. The SSL Ranked No.1 crew Bruno Prada (BRA) was with Augie for the world championship win. Augie’s long time crew and close friend, Arnis Baltins (USA) is also a favourite to team up with Augie. Diaz is in great shape, he’s just won the ISCYRA Eastern Hemisphere Championship in Split, Croatia, and he’s definitely one to watch this time in the Bahamas. 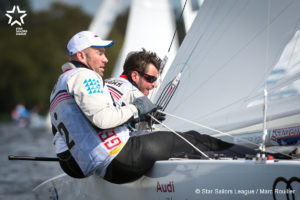 Johannes Polgar (GER) and fellow German Markus Koy will be competing at their 4th SSL Finals. Johannes comes from an Olympic background representing Germany in the Tornado in Qingdao in 2008. At over two metres tall and weighing in at 112 kg, Markus Koy is one of the most powerful athletes in the sport. Markus took part in his first Star World Championship in 2001 and has won the Star European Championship on two occasions.

25 teams will be competing at the SSL Finals 2016, the top 12 Star Sailors of 2016 get automatic invitations, the remaining 13 teams are wild cards drawn from every aspect of the sport. After three days of racing for all, the competition goes into the knockout stages. Single races decide who survives and who is heading for the dock. The last four teams will contest a thrilling final race, the first to finish will be the winner of the SSL Final 2016 and take home a lion’s share of the $200,000 Prize Purse.